the Alan Leo Legacy Volume One – 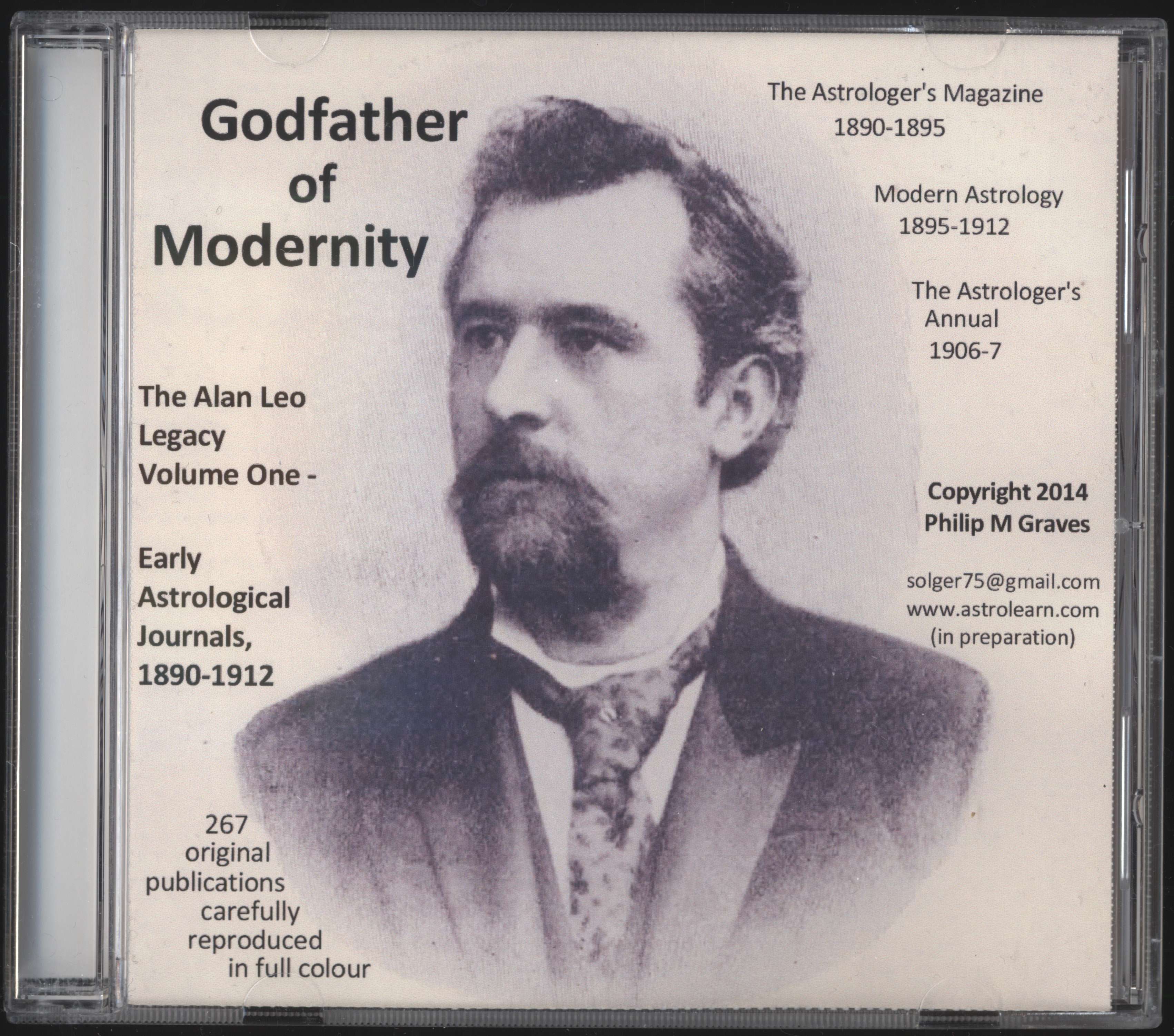 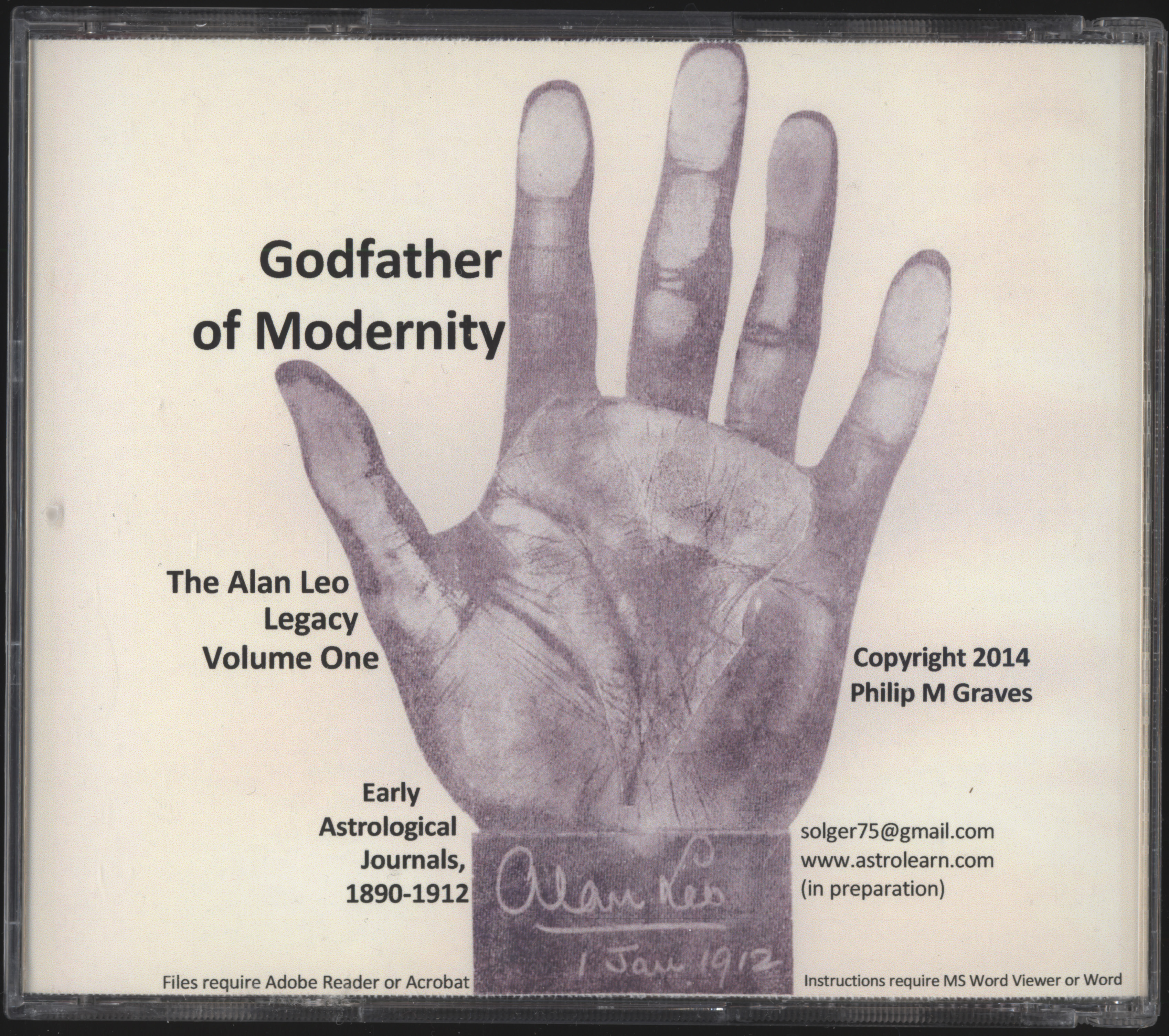 This DVD focuses on the astrological journal issues edited or co-edited by Alan Leo in the first 22 years of his career. It includes:

Thus, in all, the DVD contains 267 of the first 269 issues of periodical publications edited or co-edited by Alan Leo. This is as much as would fit on one DVD in the high quality settings used.

It is Graves’ hope that these 267 publications collectively will make for fascinating historical source material for historians of astrology, science and society, as well as for astrologers themselves. A follow-up DVD (“Itinerant to Eternity”) has since been published, and contains all issues of Modern Astrology published from 1913 through to around 1938. Beyond this, a third and final Alan Leo DVD will also ultimately be produced, containing his books and pamphlets, as well as those of his wife Bessie Leo, and others published by Modern Astrology Office.